By Rock & Ride OutdoorsJanuary 3, 2019 No Comments

Diet fascinates me; the ways in which our relationship with food has such a profound impact on physical capabilities or lack thereof is truly incredible.  On a basic level, diet significantly dictates how two people born at exactly the same weight and size can subsequently grow to be totally different in shape.  Obviously genetics and exercise also have a huge part to play but if we took identical twins, made them partake in exactly the same exercise regime but fed one twice as much as the other then the results wouldn’t be hard to predict.

As an endurance athlete I have a familiar and complicated relationship with food, viewing it as an essential fuel source, a great pleasure and yet also an occasional foe, with the ability to destroy uphill running performance.  Subjective evidence is pretty clear that skinny people win races and fatter folk don’t, and falling into the trap of presuming lighter is always better is extremely enticing, offering a tangible ‘control’ over performance gains.

The Path to Destruction

As a result of chasing these gains, my personal nutrition journey has been far from straightforward, tainted and hindered by successes that should’ve been attributed more to increased training loads and less to self-enforced malnutrition.  A few years back I made the decision to take running a bit more seriously, a process that dropped a stone from an already lightweight frame and saw a new set of calves take shape.  Alongside the more regular trips to the peaks came less regular ones to the fridge and so weight loss was inevitable.  This also coincided with our first baby arriving which, after a steep and painful-headed learning curve, also wiped booze from the menu.

Gradually, an improved overall diet took an unhealthy journey towards the fanatical, with all junk removed, war declared on refined sugars and a general exhaustion becoming the accompaniment to some heavy training schedules.  Remarkably, my body coped well with four hour mountain runs on an empty stomach, even when performed repeatedly, but beyond the satisfaction of success, darker implications were brewing.

I’ve twice recently been to interactive talks with Sharon Madigan, the Head of Nutrition at the Irish Institute of Sport, firstly at an elite athlete nutrition seminar and then as part of the Cycling Ireland level 2 coach course.  On both occasions I was struck by the contrast between her scientifically-backed approach to sports nutrition and my stab in the dark efforts.  She succinctly exploded my myths and exposed them as common re-fuelling mistakes made by endurance athletes, namely;

1) I thought that weight control through heavy training loads with minimal eating was both effective and desirable.

2) I felt I needed to be at or very near race weight all of the time.

She highlighted how difficult it’s been to persuade elite athletes to up calorific intake for fear of weight gain and how beneficial it’s been once they relent, with lean muscle mass increasing but overall weight remaining stable along with numerous performance and health benefits.

When viewed in black and white it’s easy to spot how wrong both of my previous beliefs are, but they formed the basis for my eating tactics for several years.  It was incredibly satisfying to know that I’d burned over 3000 calories during a long session after having no breakfast, and then go straight to work afterwards and largely skip lunch too.  I never questioned whether it was healthy to be struggling to climb the stairs without dizziness and even relished the sensation as a tangible sign of a solid training effort.

Likewise, standing atop the scales became a daily ritual, ignoring the fact that fluctuations are inevitable, a race weight reading (or even below on occasions) would prompt an all day warm glow, whereas a few pounds gained would initiate some destructive soul searching.  Why do so many distance specialists live this way?  How many boxers would be able to fight in their preferred division more than a handful of days a year?

So my eyes were opened to the muscle damage, the hindered recovery, the increased likelihood of injury and some other more serious side-effects that are inexorably intertwined with my flawed approaches.  I heard how long-term energy imbalances are also linked to iron deficiencies, osteoporosis, gastrointestinal problems, poor sleep and depression.  My ears definitely pricked up at that last one.

I’ve never shied from sharing the mental health struggles that blighted my mid-thirties, seemingly uncontrollable bouts of anxiety followed by the grey mist of depression.  Nothing to be ashamed of and extremely common, but nevertheless exceedingly frustrating and damaging for myself and those closest to me.  The controlling side of my nature could never come to terms with the seemingly random nature of the bouts, as I desperately sought to manage the symptoms.  To blame poor dietary choices would be over-simplifying the struggles but there is a definite crossover in the timelines between the peak years of suffering and the more extreme adherence to a prescribed calorific denial.

In the past I’ve explored the post-race lull, that listless emotion where expected joy and satisfaction is hijacked by an unwarranted hollowness.  Concluding that the dredging of emotional reserves at the ragged edge of physical depletion can initiate an almost post-traumatic stress response, I was satisfied that extreme exertion can’t help but result in some mental repercussions.  It’s not a large stride to then accept that insufficient nutrient and energy restoration post-exercise will not solely cause damage to muscle and bone. 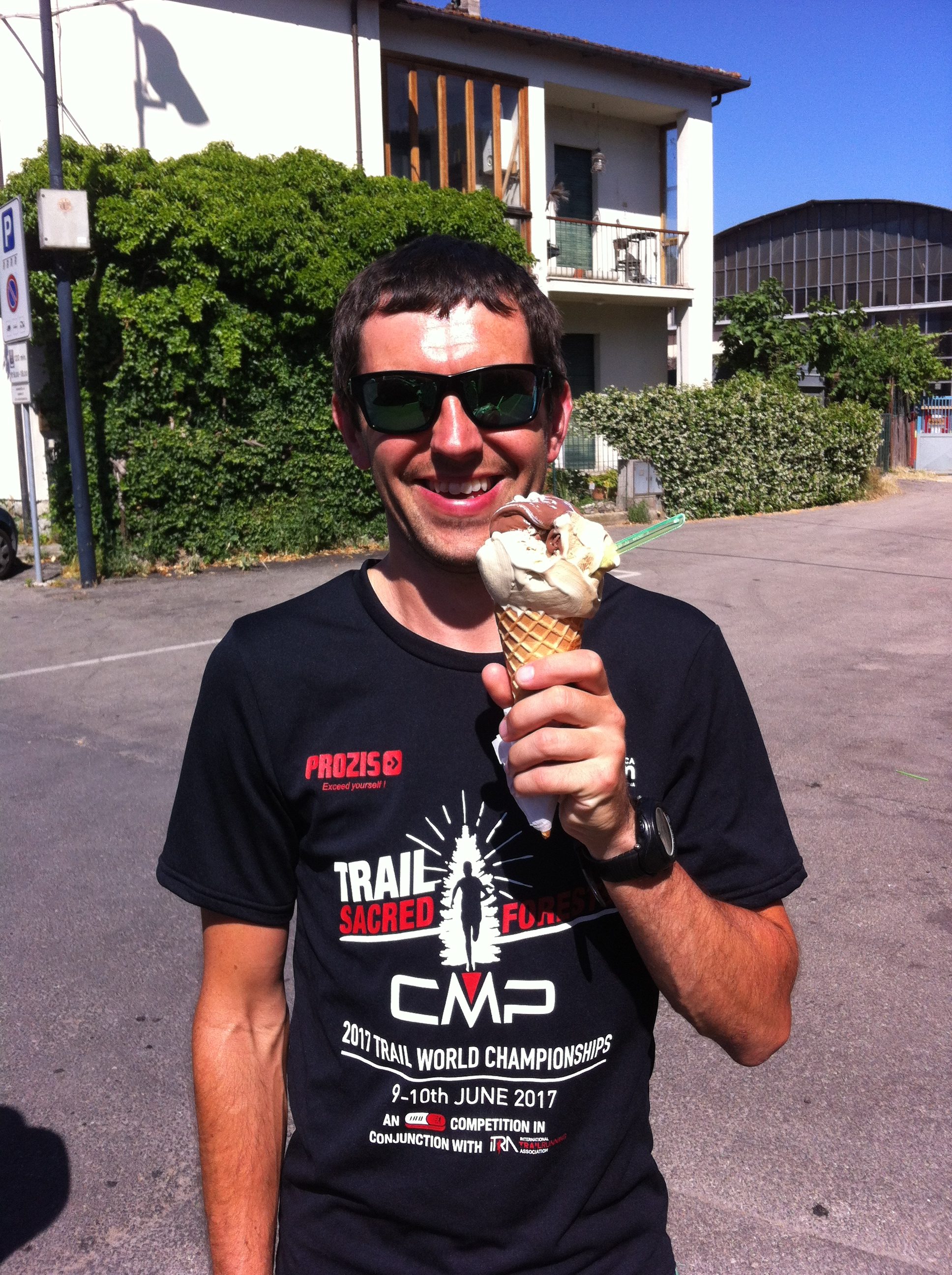 The onset of my fifth decade has seemingly dispatched many of the worst of the mental travails, to be replaced by a more energised and stable version of me.  Coinciding with this is a much more relaxed attitude towards food intake as well as a more reasoned view to competition.  Don’t get me wrong, poor performances still hurt but are swiftly put into context against the backdrop of a generally charmed existence.  I’m quite literally having my cake and eating it, not obsessively shying away from the buns, but also putting in my best ever international results last year as well as a couple of unexpected victories in disciplines generally avoided.

As ever, balance appears to be key.  At present I’m only training 7-10 hours a week, mostly forgoing the long mountain efforts for the high intensity work I favour in the Winter.  I’m eating necessary volumes to fuel the chilly sprints but am also very open to sugary excesses whilst sat in front of a roaring fire.  I stepped on the scales this morning just to measure without prejudice and found I’m a handful of pounds over what I consider optimum race weight.  No panic will ensue and it’ll be months before attempts will be made to shed those couple of kilos.  Likewise, I fuel straight after exercise, as per advice, avoiding repeat depletion across the twenty-four hours of the day.  The exhaustion, dizziness and continual aches have disappeared with obvious upsides to day-to-day life.  I can run around with the kids without needing to sit down every thirty seconds!  The mental improvements are also marked, and just as attributing the lows to one sole factor is as wrong as attributing improvements to one sole factor, I’m of the opinion that a more relaxed diet certainly hasn’t hurt.  There’s no fun in denial, especially when it’s belligerently ignoring clear messages from an energy starved body.  Eat well, train hard and enjoy the odd treats, even at the wrong side of forty I’m not seeing any performance deficit or burgeoning belly, hopefully I never will!