Many years ago I had a boss called Ed, a brash, self-assured Mancunian, a man both larger and louder than life.  Ed had a catch phrase, JFDI (just f***ing do it!), regularly reeled out to silence hapless staff as they stuttered out excuses over solutions.  There was no comeback, no argument, resistance futile to the connotations of the sentence, the final vowel dragged out long enough to drown the most vehement protestations…

I liked Ed, my kind of leader, a zero bullshit type in an industry full of perpetual talkers.  His ‘can and will do’ attitude echoed and shaped my own, and his favoured motivational approach stuck with me long-term.

I didn’t need a weather forecast to reveal what would await in the hills today.  A night of broken sleep, of flexing perspex and jangling tiles, dancing like skeletons in the roofspace.  Loud waves of water lashing the glass, conditions ready made for the litany of available excuses.  And yet today none came, instead my subconcious awoke to those sharp, aggressive Northern tones,

Kit was donned immediately, not a day for self-analysis, ‘JFDI’, JFDI’, ‘Just F***ing DO IT’.  Straight up and out of the door, ready to face down the weather gods, head held high and legs pumping, determined to show no weakness towards forces infinitely more powerful than mere humankind.  Ploughing straight through the initial muddy puddles, feet instantly saturated, no skipping round the periphery today like those semi-dry days where you delay the inevitable immersion into ankle deep clag for as long as possible.  And then a strange thing happened, within seconds of leaving the sanctity of the built environment the maelstrom ceased, rain switched off, gusts tamed, maybe those gods respect the challenge, or maybe just lulling me into false securities, luring me towards the high mountains where they’d deliver the killer blow? 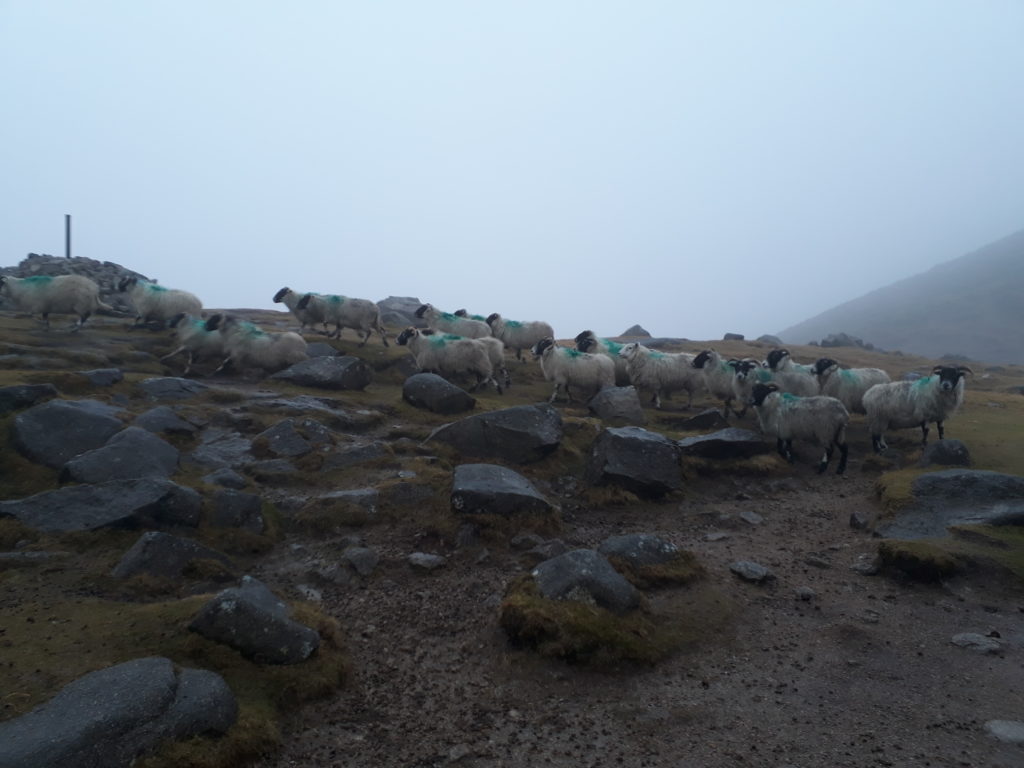 Pacing through the forest, weary limbs stretched and warmed, passing the ghosts of former sessions, the base of my hill interval climb, relief at alternate plans for today.  With the storm temporarily tamed, tangible enjoyment flooded into consciousness, delighted to be out, a correct decision plucked from a sea of alternatives.  That rare flood of ‘in the moment’ happiness, fuelled by inevitable smugness, there’s only the sheep for company today and the rest of the world is missing out.

By the time the storm hit back, six miles were covered and the ascent of Slieve Donard commenced.  Wind instantly smacking hard, progress destroyed and body bent double, working hard to eke out the most incremental of forward motion, classic mime-artist pose.  Huge droplets accompanied the spirit sapping gusts, instant saturation, cleansed from without, smiling within, this is why.  Those who know, know.

Entering the high mountains the wind came to tail, the rarest of commodities, with strides a metre further than deserved for the effort.  Picking landings on technical descents becoming a complete lottery, never knowing when I’d be literally lifted off my feet and deposited at random, further down the trail.  Being at the complete mercy of the elements is so liberating, tiptoeing the fine line between all-encompassing satisfaction and potentially devastating accident.  Relief mixed with disappointment at departing the high Mournes, soon to return to the real world but not before an untimely visit to knee-deep bog, actually laughing out loud at supposed misfortune.  This has been a classic. 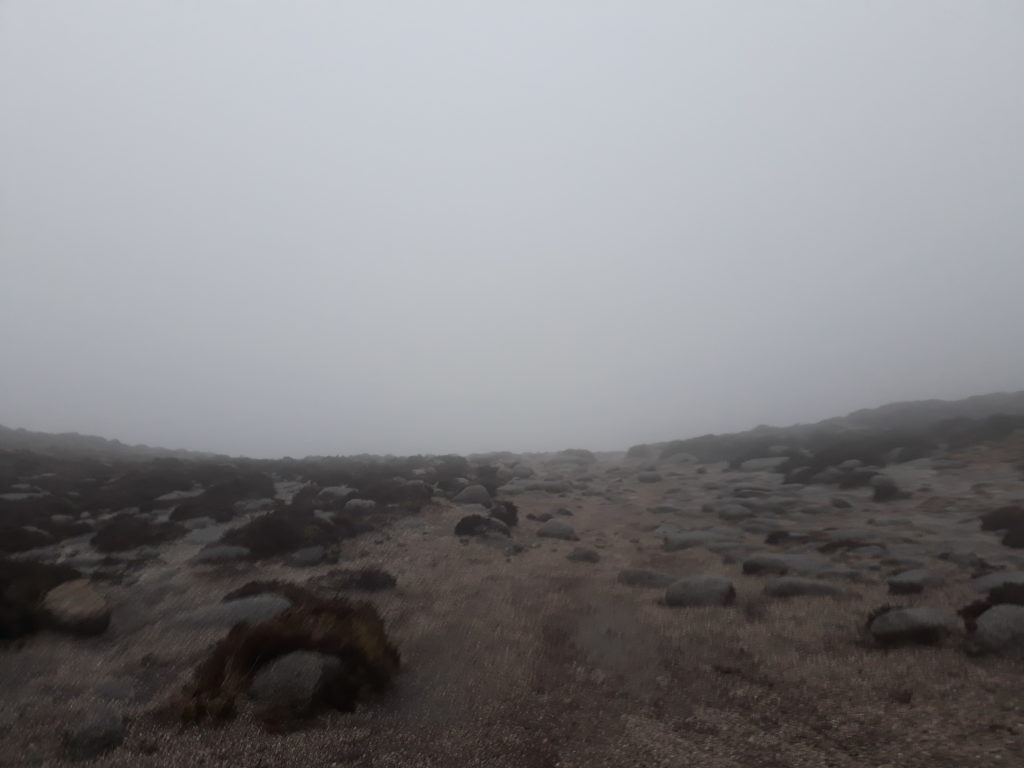 A big part of my mountain running ‘raison d’etre’ is the possibility of international competition.  Getting to occasionally tour the globe to pit myself against the best, receiving metaphorical kickings from the genuine elite.  Those fellow athletes also woke today, almost certainly to more appealing conditions than myself.  Pristine Alpine meadows, clear Spanish skies, the joys of a Southern Hemisphere Summer or the perma-heat of Equator dwelling.  Wherever they may reside, many may have been out at the same time as me, time-zones permitting, pushing bodies hard to reap the rewards in a few months when the big events begin.  Enticed by more clement conditions, motivation may be much easier to come by for them, but that wouldn’t excuse skipped sessions on my part, fitness doesn’t care about meteorology.  I’ve got a secret weapon in my armoury, and sometimes when most needed that bullish mantra provides the much-needed kick up the arse…

Thanks Ed, wherever you are.