Fear not, this isn’t a Brexit article!

Although later on it will explore how the initial effects of Brexit Britain became the catalyst for a bold, and potentially very positive move for one UK frame manufacturer.  Keeping politics aside though, this is actually a piece about what it really means to take back control of a company, moving all aspects of production back to our shores based on a utopian vision of flexibility and employee well-being.

Stanton Bikes have long been pioneers in the development of the modern ‘hardcore hardtail’, generating an enviable reputation for both design excellence and uncompromising production quality.  Much of the success has been down to the methodical growth of Dan Stanton himself and his strongly self-reflective approach, blossoming and honing his own knowledge, witnessed in the incremental improvements of his designs.  It’s been a slow process, demonstrated in a very gradually growing range which has crept towards the angles, materials and tube dimensions seen today in just four core products, spanning the full range of wheel sizes and ride requirements, from trail muncher to slacked out Enduro destroyer.  Having chatted extensively to Dan, I share his frustrations at some elements of a fashion-led bike industry that demands constant adaptation, seemingly often for the sake of just creating unnecessary new ‘standards’.  These moves are inevitably driven by the mega-corps, but impact heavily on small-scale operations for whom design alteration is an expensive and time-consuming process. 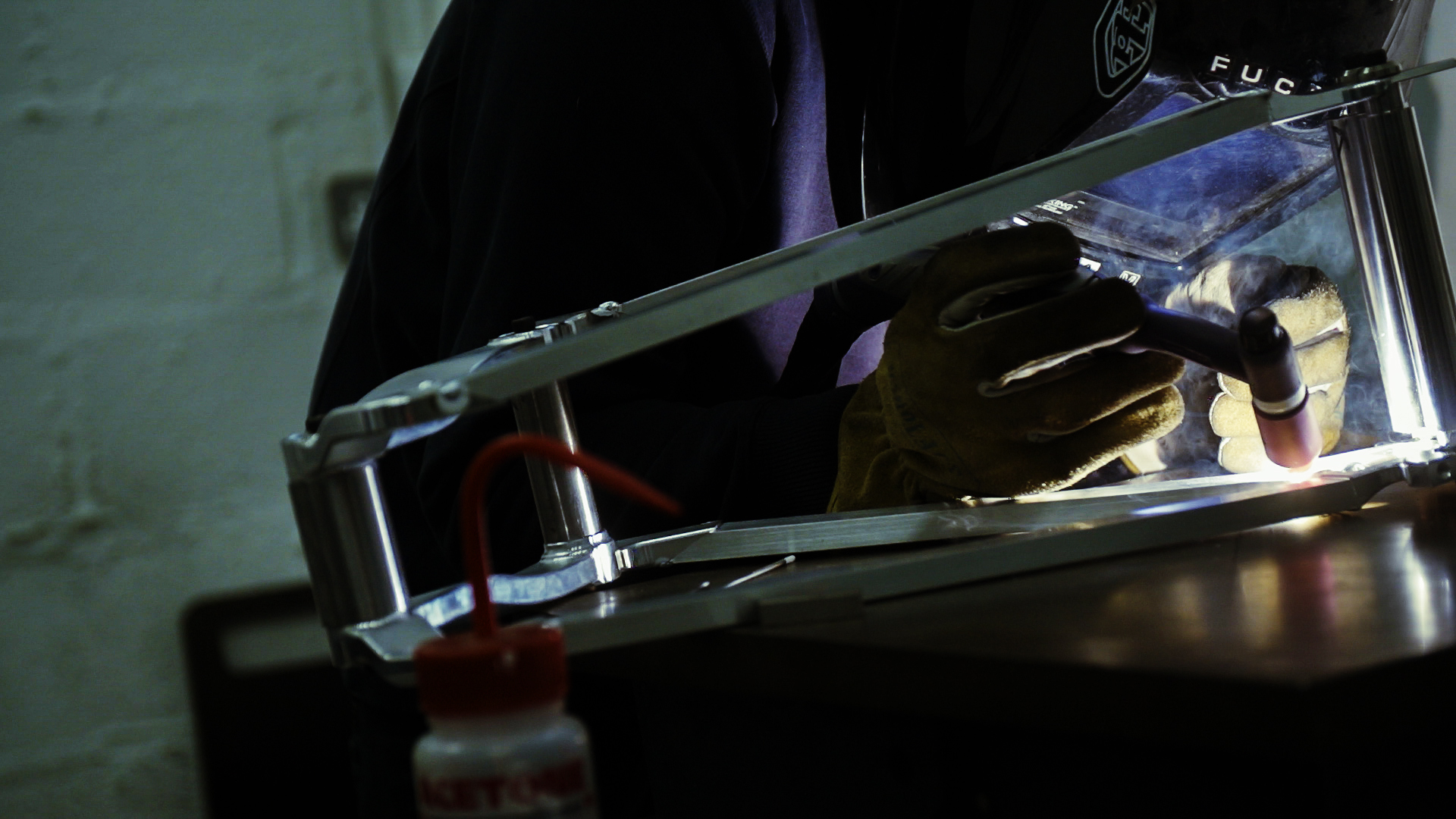 With the pressure heavy to continually tweak products in order to remain current, alongside inevitable delays in prototype generation that come from designing in Britain and building in the Far-East, the problems faced by UK based manufacturers are clear.  Waiting several months for a new design to become reality, only to then need another prototype shortly after, which will take the same time period again, makes rapid responses to change almost impossible.  Choices then boil down to either;

Stanton have previously gone with option one, with a great degree of success, but arguably based around a fairly simplistic hardtail-centric product line (although having spent hours discussing the finer points of metallurgical properties and tube diameters with him, Dan Stanton would undoubtedly throttle me for calling hardtails simple!).  External factors are now prompting a shift towards option three.

The Stanton full-suspension frame, the SwitchFS, has also been an extremely slow burner, only very-occasionally rising above the parapets with computer mocked-up images, subtle insinuations and even a working prototype that was subsequently ditched completely when it failed to hit the precise performance criteria.  Expected standards are high and when a company with a reputation for producing the best is diverging so far from its traditional roots then scrutiny will undoubtedly be equally high.  Stanton knows that they’ll only get one realistic shot at entering the world of springy rear-ends, with a premium price tag comes a rightful demand for special performance, and so getting it spot-on first time around is a deal breaker.

I first met Dan Stanton when interviewing him for an article for Singletrack magazine.  Preconceptions were limited to prior conversations but I knew I’d be getting more than a standard Q+A session, more a grilling for myself, like a really casual job interview, accompanied by tea and cake, where I, as the supposed inquisitor would have to stay on my toes to keep with the intellectual thread.  Within minutes of meeting him, he’d laid down a vision for the future centred on bringing production back to Derbyshire, in-house development from the ground up with the ability to rapidly alter any aspects from angles to materials and even paints.  A move that’d provide startling degrees of flexibility, instant reactions or pro-actions (if there is such a thing?), able to dictate and respond as required to get the best possible designs into reality without the constraints and translation losses of distance and third-party reliance.

Tied in with this taking back of control was also a utopian vision of creating a family of employees, people bringing their pre-existing strengths and knowledge to the table but also keen to share, to learn, and to develop the company together along lines discussed and agreed by all.

Make no mistake, this is an unbelievably ballsy move, a monumental rocking of the boat which could bring down any number of similar sized companies if handled incorrectly.  In addition to needing to double the physical area of the Unit, their current HQ, there is also the upheaval of introducing new personalities into a small, close-knit crew along with all the potential pitfalls of clashes.  And so rather than going Gung-Ho, this move has evidently been meticulously planned, drawing on the not inconsiderate talents of Stu, a former bigwig in the automotive industry and prodigious cruncher of numbers.  If Stu says it’ll work, then Dan, and their original financial backers seem more than happy to run with it.  In these initial stages, the hardtail range will continue as is, with well-settled designs, and manufacturing standards second to none, there is little reason to ditch a Taiwanese factory that is consistently delivering near perfection.  The SwitchFS however will be entirely in-house, UK produced, mostly at Stanton, but with the assistance of other niche UK manufacturers where required. 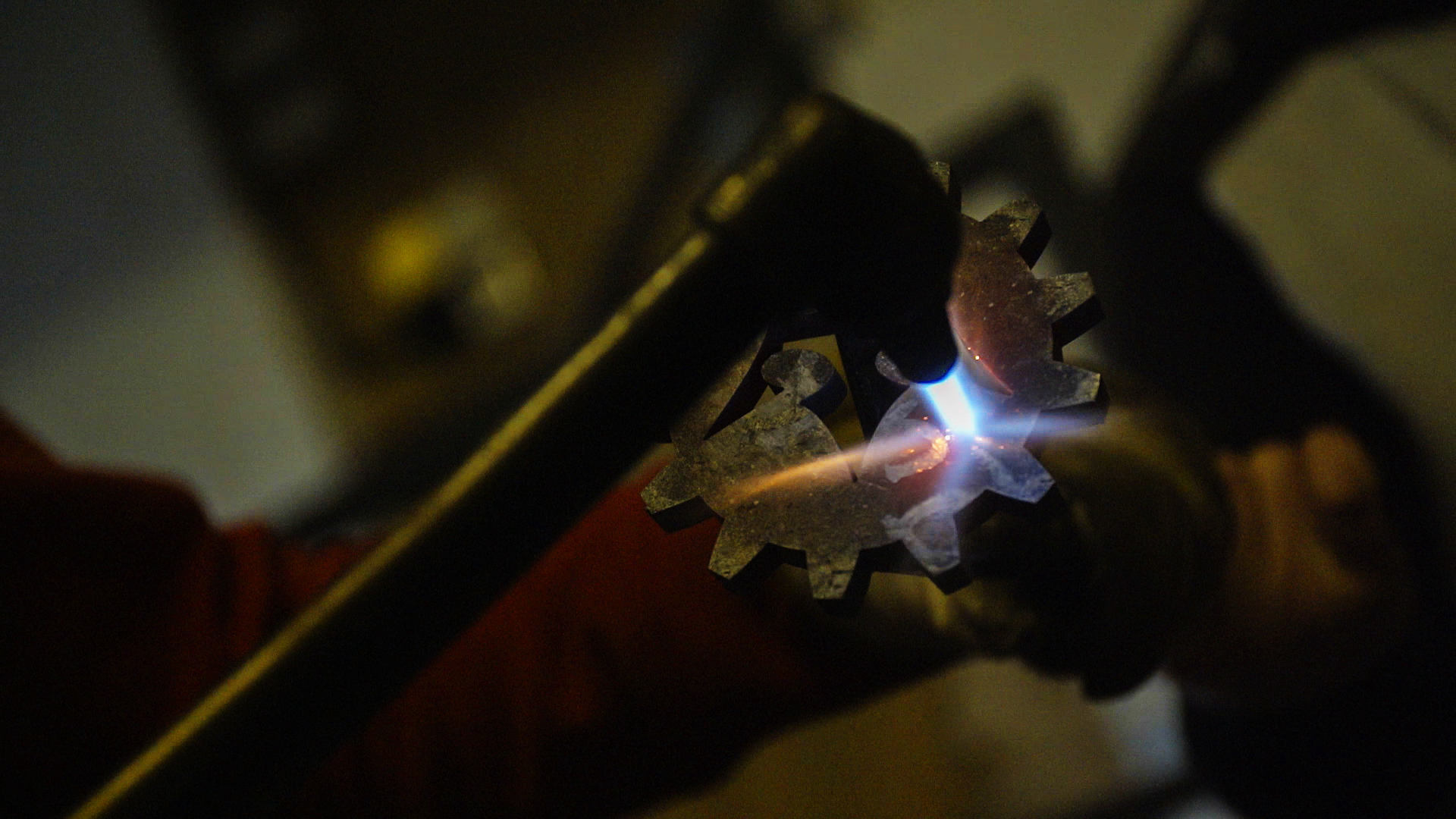 Dan claims that this move was always the long-term goal but economic occurrences way beyond his control became the catalyst for more pressing action.  Sterling was in freefall comparative to the Dollar a while before the referendum result, and a further rapid dip fuelled by inevitable market uncertainties and speculation was cutting margins to the bone.  With materials, factory costs, shipping costs and other additional levies being settled in US currency, the impact was catastrophic, at the worst of the slump resulting in a profit of just £35 per frame sold, clearly not sustainable unless selling many thousands of units.  Now Stanton are no garage based boutique brand churning out a frame a week, but neither are they anywhere near the big boys, occupying a difficult middle ground with substantial overheads but lacking the economies of scale, a potentially dangerous place to be.  The SwitchFS will be freed from the whims of international money markets with UK sourced materials, production, labour and expertise combining to generate an entirely home-grown product.

The days of Britain leading the world in bicycle manufacture departed many decades ago with the world’s leading metalwork experts now locating in the very areas once vilified for poor standards.  Beyond the jingoistic bell-ringing and genuine desire to support UK companies there seems no obvious reason to shop local, particularly when choosing a costly and very personal item such as a top-of-the-line bike frame.  So, does Stanton reckon that he’ll be able to maintain the incredibly high standards set by previous work without the assistance of the Far-East factories?  Short answer, yes, definitely!  He is convinced that the expertise and craftsmanship still exists in the UK in droves, all that he needs to do is entice these skilled practitioners into the world of bikes, transferring their long-honed abilities into a new field.  That’s where his concept becomes more holistic, promising not only wages to match existing structures within other industries but also a lifestyle where work becomes a pleasure, where every employee feels empowered to suggest new directions and focuses.  He spoke of a co-operative of ideas, shared visions and production levels agreed by consensus, no fewer and no more, a model not unique to Stanton Bikes, but certainly pretty distinct within the bike industry.

Will it work?  Watch this space.  The recruitment is in full flow, as is the expansion of the Unit, adding machinery and a paint facility to the previous cosy (if a little anarchic) office and ‘showroom’.  The first working prototype of the SwitchFS debuted at the London Bike Show causing instant social media flutters, and the first production models are now on the trails.  Time will tell whether this will develop into failed experiment or the first shoots of a wholesale ripping-up of the original business model.  Having met the key personalities behind these developments, I’m pretty convinced of the latter.  Britain may well come to realise that ‘taking back control’ is an unattainable myth, but within the nation there will be individual successes, for whom self-reliance becomes the best defence against the actions of our electorate. 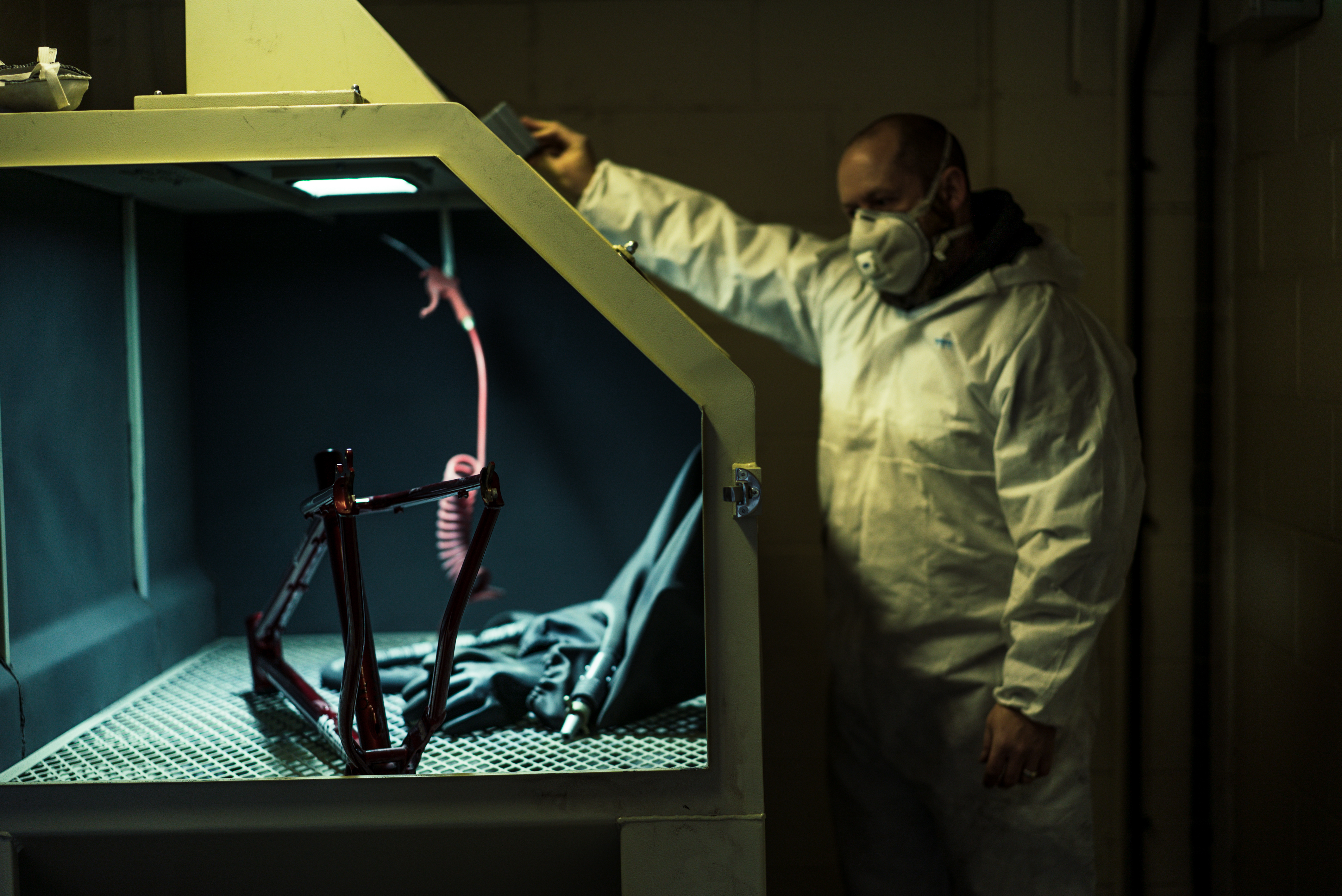