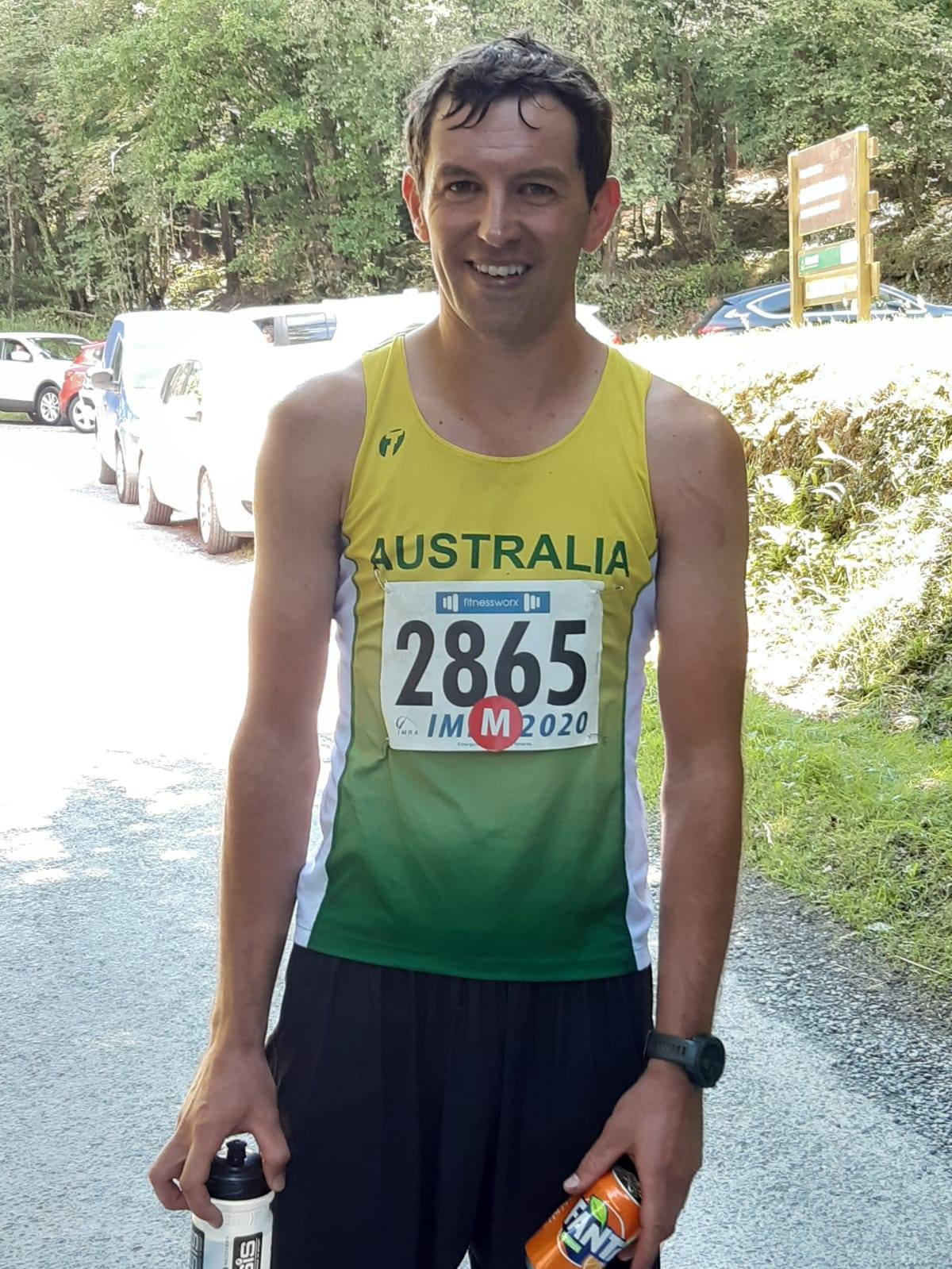 Deeper than an emotion, it’s an irresistible drive or uncontrollable desire, the magnetic pull of inevitability, the tractor beam dragging your physical form towards an unknown conclusion, one that may have destructive and permanent repercussions. The rational mind temporarily overridden, sense trampled and realities blurred. Mental and physical scarring distinct possibilities, it could all be so easily avoided, and yet once that carrot is dangled, that poisoned apple plucked, for some of us that temptation is a force that overrides all.

It could be a vanity? A midlife crisis? The need for intrinsic or extrinsic verification? Probably a combination of all three, alongside myriad alternate traits that can be temporarily masked, but never truly buried. Once a competitor, always a competitor. But to attribute my actions to superficiality would be downplaying the depth of importance this holds, and no matter how hard I can pretend it doesn’t really matter, I know that it really does.

The Joy of Retirement?

Injury had forced retirement and as much as I ultimately enjoyed the freedoms permitted by the released grip of competitive need, having the option removed forcibly was devastating. Choosing to bow out gracefully and of your own volition will always be preferential. Physio after physio, exercises galore, strength regimes, adjusted sessions, false dawns and crushed hopes, the calves flared up again and again. To the brink of fitness and back, never quite able to maintain vital health long enough to feel 100%. Finally succumbing, accepting, a grieving period for a dead life chapter. Over dramatic? Definitely. But you can’t control how your brain makes you feel, no matter how many self-help ‘gurus’ may claim otherwise. The grey matter drives you, deep within that blob of cells the emotional outputs are dictated by chemical balances.

And yet acceptance did ultimately force through the fug of self-pity. For runners, injury is the one true inevitability, and throw in the ravages of age and it’s a fool who can’t foresee their own ultimate demise. Whatever level you reach, from nth degree elite to mid-pack warrior, there will be a point from which the physical ability graph will angle permanently downwards, whilst times achieved dissect that line in an upward trajectory. Resist it, battle it, but prepare for it too, so when you succumb, the shock is dampened, otherwise if you’ve invested heavy emotions then there’s a trap waiting for you. I digress. The acceptance had come, and with it a whole new outlook, the separation of self-worth from training times was revelatory. Eating what I want, whenever I want, drinking too, no worries over the impact on the next day’s session. Suddenly the sole purpose of exercise became the exercise itself, actually living in the moment, genuinely not caring whether it was fast, pain purely for pleasure, not gain.

Attention distracted, fitness creeps up on you, none of the usual indicators provided by carefully structured programmes. The sessions mounted up, biking, running, gym, forests and mountains, hooning around. Muscles strengthen and lungs inflate. New training partners, ambitious and dedicated, pushing themselves harder and harder, plenty to prove. Yet for months I resisted the subtle pushing, jabbing and ego-greasing. Masters in their previous sporting careers, they were stepping into my speciality and revealing just how fast my body could still push.

Finally I relented. The body was fully back on track and suddenly the mindset was too, although increased years have brought differing motivations, this time it was all about self-discovery, not battering the opposition, could I still compete? The only way to find out is to dive in, the toughest race against the best available opposition, 26.2 miles of steep, rough terrain and the prize of international selection as a tasty carrot.

No amount of experience can quash the nerves; sickness, over-analysis and mental paralysis, but age brings calm and familiarity. It was always like this. Good to feel like a beginner again. The familiar pre-race atmosphere, re-acquainting with old friends, stretching, jogging, fuelling, anxious shuffles and masked briefings. 3,2,1… bang! Off like a rocket, the only way I know.

Epic first climb in searing heat. Fast rhythm. End this race as quickly as it’s begun. A couple came with me, see if they can stay or is it a flying visit? Skipping over the bog, light and graceful, before the fire road invites smooth cadence and rapid movement. The forest provides cool respite, off camber and slippery, earthy aromas and sharp rises, heaven. Lap one is over as quickly as it began, now the real work commences.

The Art of Suffering

Suffering, an art unto itself, the purest of experiences, embrace or be destroyed, a simple choice, I drive on. Footsteps behind gaining gradually, right on my tail and then gone, an untimely loose shoe for an unfortunate rival, a timely reminder that the race is still on. But the race is secondary now, the struggle is internal, two and a half more laps of this shit, pain and purgatory, why do we do it? I know why. Loud cheers as the line is crossed a second time, push on, push on…

The brain engages… disengages… semi-conscious thoughts blur with genuine awareness, lapping back markers, lapping mid-markers, do they suffer this much? I’m guessing they do, but for much longer, I don’t envy them but massively admire them. Lap three passes in a fog of inevitability, shots of cramp in the calves, bitterness of salt sachets, distraction techniques. Pass Anna, one more effort, an immense 6.5 mile finishing straight, nausea rises along with the mercury.

Just keep running. 20%, 25%, 30%, just how steep does this slope become? Stay on the toes and the race is won. Trudging through the bog, heavy and disorientated, half the man I used to be. Bodily preservation, one locked muscle away from disaster, snatching defeat from the jaws of victory. Finally the watch comes into play. 3hrs 20 is the qualifying standard, it’ll be tight. Driving on, nervous glances at the ticking seconds but the pacing has been perfection, drop off the bank, last few strides and Leo’s heavy Dub accent, the most welcome sound possible, 3:19:24, punch the air, two years of pent-up frustration released and then slump…

Spent… legs lock, head lolls, litre after litre of sweet fluids and the rising warmth of satisfaction. Dots joined from the last time my body felt this complete, right up to the present moment, all interim pain and anguish extinguished in just a handful of minutes. This was so worth it.

Back in the Ireland squad, back to the world championships (or probably not with Covid) but most importantly back into self-confidence. Age is no barrier, it just makes the validation sweeter, fitness on this level feels a privilege, not a fundamental right any more. Hard work, hard lessons and a hard head. My emotional state can be brittle as ice but my resolve is concrete.

Thanks to Robbie and IMRA, showing that government barriers can be surmounted and top-class events still facilitated. To Anna, without whom I’d have never made it back from Limerick, an amazing helper and wonderful support. To Caoimhe, Mackers and the lads for the renewed self-belief. It feels great to be back.