Turn Off, Tune In 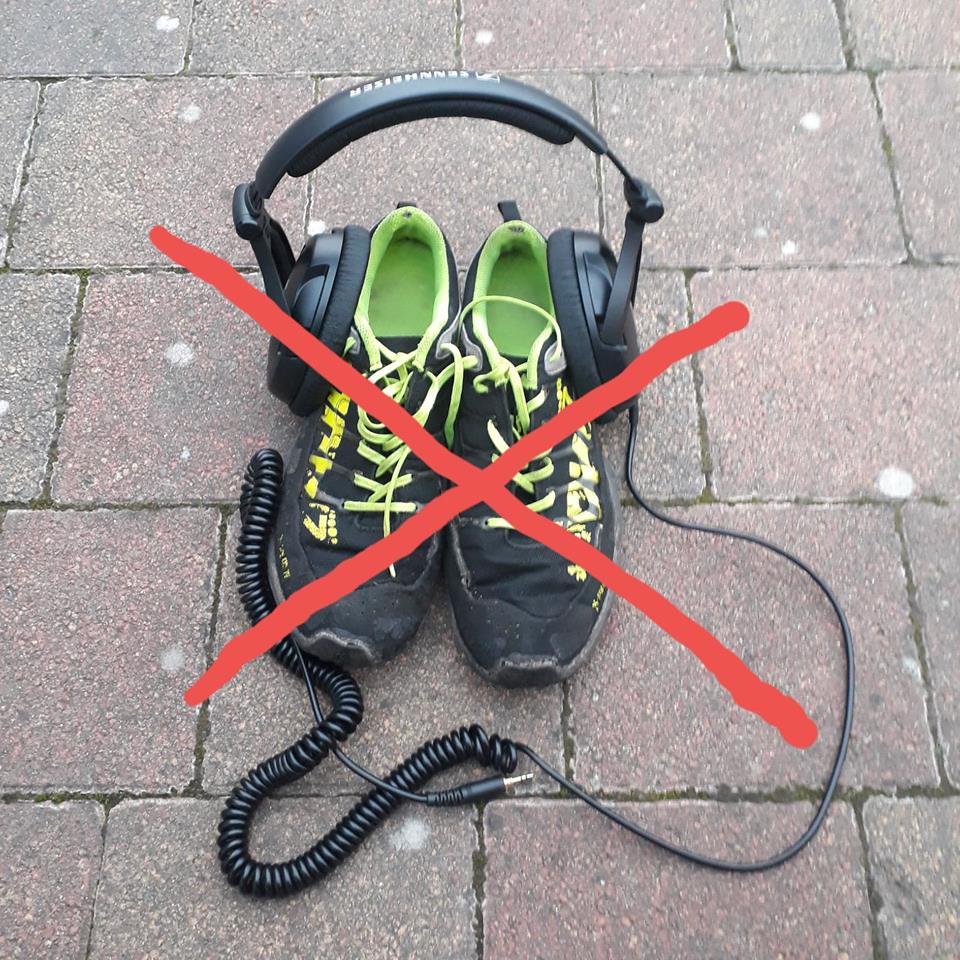 A gentle ‘on your right’ as I aimed to nip past the walker who was occupying the whole trail, poles spread wide…

A shocked screech as she jumped further into my path, forcing me on to the peaty hummocks, throwing me an aggressive accusational stare…

The apology almost fell from my lips, the curse of the polite, bumped into on the high-street and still issuing my regrets, but something overrode and instead I ignored and ran on, yards away before my brain computed the hard facts.  I’d been approaching for minutes, the epic stretch up the valley toward the Slieve Donard col, clear visibilty and she’d definitely stopped and rested whilst I was in the eyeline; no tunnel-vision, head down ascent, she should’ve seen me.  And what’s more, I’d hardly been quiet, the usual accompaniment to hard uphill efforts, heavy breaths, rapid footsteps and the ridding of phlegm, this was no stealth attack, she must have heard…

Except it’s hard to hear when you’ve got headphones stuffed in your ears.

Clocking the damning evidence my first thought was annoyance, then indignation, what the hell right did she have to shout at me?  The red-mist fleetingly fell and only the fact I was on a timed effort prevented a counter-attack, I’m not one to avoid confrontation when right is my companion.  Fortunately the rational brain kicked in and I harnessed the anger for positive gain, pacing on a touch before allowing adrenaline to subside and rhythm to recommence.  I’ve fallen foul of altercations on this session before, attacked by an unruly dog and hard words exchanged, only to have to pass the owner twice more whilst lapping N.I.’s highest peak.  To their credit, the lead was immediately attached, to mine I avoided physical violence towards beast or master.

There’s been a LOT of talk of technology in fell-running circles this past year, and whilst it’s been focused on the use of GPS reducing the noble art of speeding through the clag to a mere dot-to-dot exercise, I can’t say that I’ve yet developed strong feelings either way on that subject, as long as everybody racing has access to the same technological aids I’m happy whichever.  Headphones, however, can sometimes really get on my tits.

I love music and always have done, from Toots and the Maytals to Taylor Swift, usually via some early-nineties house or raucous punk, I’ve lived my life to a near continuous soundtrack whenever trapped in the urban environment.  In my mind though, the hills should be the antithesis of the need to drown out white noise with beat patterns and bass-lines.  Nature is its own symphony and often the deep silence of seclusion is the sweetest sound of all, the essential partner to the meditative efforts of mountain running.  I’m no hippy, and whilst I’m an occasional deep-thinker, it’s rarely for spiritual reasoning, the peaks are my church and I suppose physical exertion among beauty would be my closest approximation to a deity.  I can’t comprehend the ruining of those peaceful moments.

Likewise, I definitely don’t get when you see athletes prior to their events, huge cans strapped to the side of their heads.  Can they not find focus and motivation from within?  My brain naturally switches into competitive mode sometime shortly before a race and literally everything else is shoved to the outskirts of consciousness.  Still having the friendly conversations, doing the stretches, downing the fluids, but it’s all on auto-pilot; I can’t help but consider the need for musical assistance at this point as a weakness.  And as for runners trying to listen-in during races, thankfully most organisers have long-since issued the ban on safety grounds.

Maybe I’m just being a dick.  After all if people want their tunes for motivation, companionship, or to drown out the offensive cacophony of nature, then that’s their prerogative, but don’t then go mad when it prevents your senses from performing their essential survival duties.

If this is you, maybe if you’ve seen the light and transferred from the dirge of hammering pavements to the joy of the uneven, but not ditched the accompanying artificial aids, I’d urge you to to plug out.  At the very least it stops the annoyance of a podcast or some prog-rock epic killing your rhythm when you’re set on shuffle, and at best you may discover a whole new level to your mountain running enjoyment.