Return of the ‘Real Boys’

The heavy metallic door clanged slowly open, in stark contrast to the frantic barking from within.  Tony froze, already committed to the far side of rusted razor wire that littered the floor, whilst the rest of us quickly weighed up options and decided to talk our way out of this trouble.  A tubby soldier in sweaty fatigues exited the building, already waving a single hand in the classic dismissive Italian gesture.  Playing dumb is an art and fortunately few play dumber than our crew; spluttered words of broken Italian, vacant expressions and a rapid exit past several hundred ‘‘zone militaire’ no entry’ signs and we laughed our way to freedom, not before ultra-cheekily asking if he knew where the trail was though!  Another close shave to reflect on later! 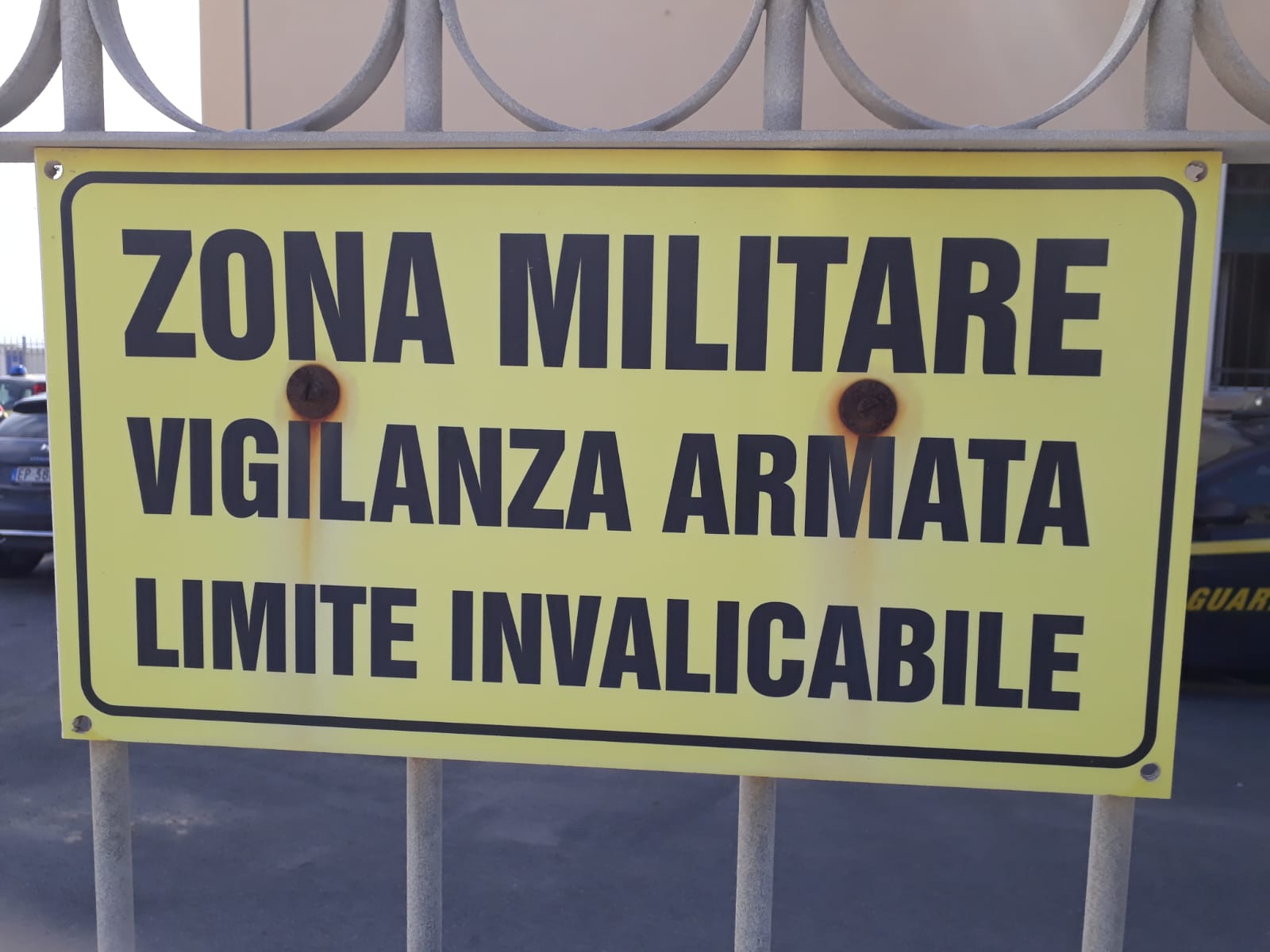 I have no possible idea what that could mean!

Two days later, I’m currently sat in a sweaty Nice airport, flight delayed, surrounded by hundreds of schoolkids, loudly high on excitement and sugar.  It’s far from pleasant but compared to this time last year it’s luxury.  2017’s Finale Ligure trip ended prematurely for me with a torn shoulder rotator, and every movement on these very seats was accompanied by a sickening grinding in the destroyed joint.  The intervening twelve months have seen recovery, rehab and plans formulated for a rematch, a chance at redemption on the steep, carved limestone of the Ligurian coastline.

This year was a hell of a trip, and one from which I’ll largely spare the details, not because of unmentionable debauchery, quite the opposite.  Five lads cleared up the beer bottles from the entire week this morning and they barely filled one bag.  Why ruin a biking holiday with a hangover, especially when we’re all acutely aware that the Finale trails demand respect and when they bite back, they bite big?

With the almost certain death of Giovanni, our transfer driver from last year who’s lack of personal preservation must surely have seen him plunge off a cliff in the interim, this time round saw a more sedate passage along the spectacular coastal passageway.  Traditions were rapidly observed, falling headfirst into pizza, limoncello and gelato before collapsing into bed, dreams of pristine trails and glorious sunshine.  Day One saw us revisit the iconic ‘Base Nato’, the abandoned outpost, now heavily graffitied, that would be deeply eerie if not so spectacularly positioned and teeming with dayglo attired bikers.  Rock and Ride compatriot Paul had headed down from his Chamonix base for the day and so numbers were swelled to six, another pair of wheels to push the pace. 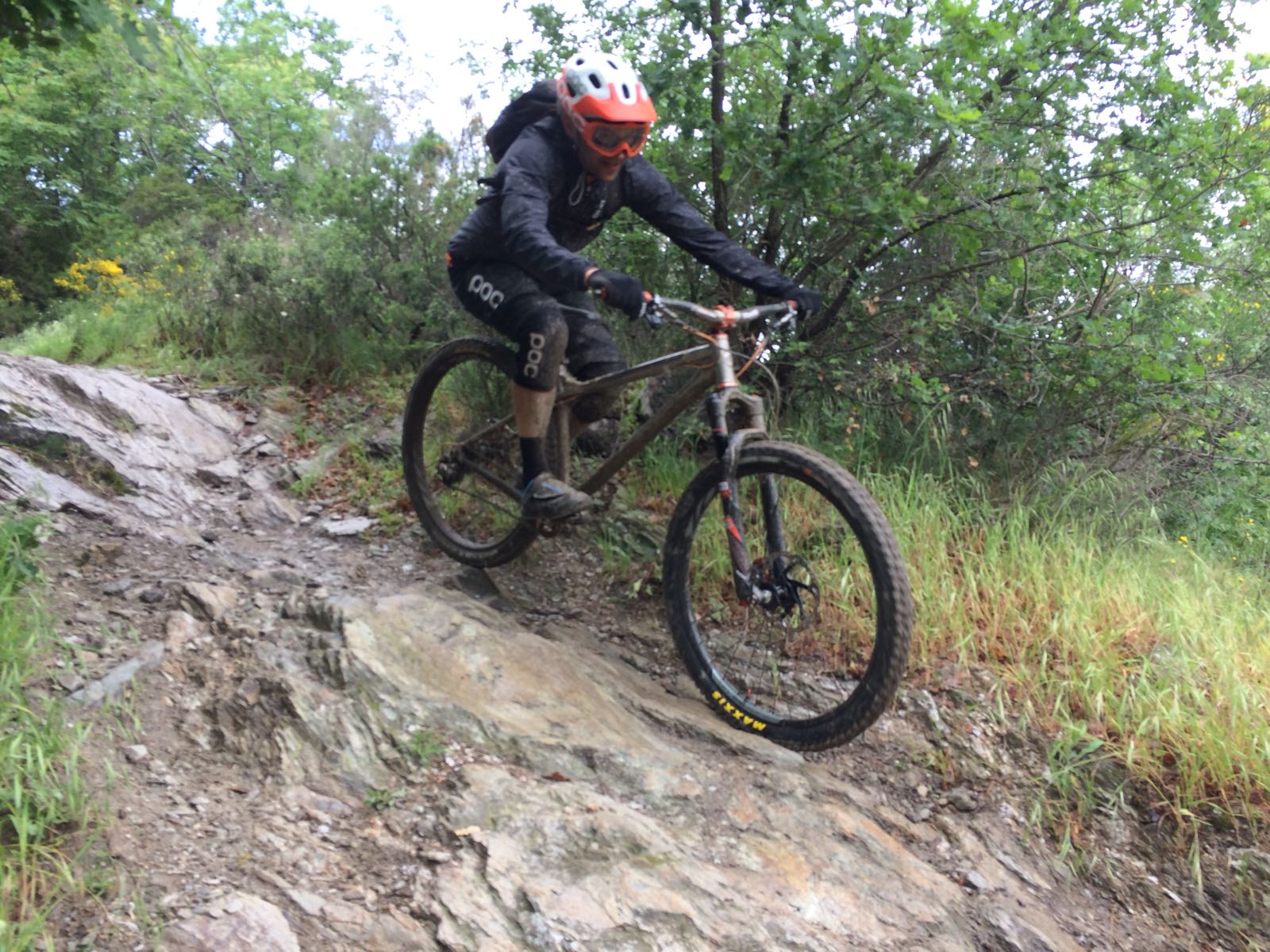 The Switch9er about to smash through some steep and greasy rock

I’m glad the first trail doesn’t set the tone for the whole week.  I was riding slow, stiff and terrified, the subconscious weight of returning to the scene of the accident overwhelming senses and overriding my natural flow.  At the other end of the scale, Tony was unleashed, smashing berms and tearing away, a year of Birmingham residency to work out of his system.  Rounding a mid-run corner, I arrived to find Tony face down, sprawled in Superman pose and in no hurry to get up.  Damage was superficial but the warning timely, he backed off, I gradually regained composure and by the time we hit the epic rock slabs at the bottom of ‘Madonna Della Guardia’ the mental rejuvenation was all but complete.  I was back in control, physically and mentally and ready to ramp up the action.

Our Irish crew held a unique position within the bike saturated towns surrounding Finale, one that garnered us untold degrees of respect, admiration and infamy, all because of the machines we choose to ride.  Myself and Brian, ‘team Rock and Ride’, are Stanton supported and Andrew is a BTR brand ambassador, so we were piloting seemingly the only ‘hardcore hardtails’ in the valley.  Reactions varied but were always hugely positive, I suspect because we not only ride bikes that most consider unrideable down the heavily rugged ruts and rock on the classic Finale steeps, but because we also do so at a speed unattainable to most on their 160mm travel beasts.  The surprised shout of ‘hardtail!!’ that accompanied us as we passed numerous guided groups became a comedy mantra, repeated on regular occasions, as well as ‘real boys’ (in a camp Austrian accent) that was another comedy description.  The three of us riding through old town Finalborgo were continually accompanied by craning necks and shouts of ‘cool bike’ and the particular highlight for me was a Frenchman in Speedos spending five minutes just staring at my Switch9er Ti and repeating ‘magnifique’ to himself.  I’ll not lie, I loved the attention and went into Stanton salesman mode at every opportunity, swaying many with the stunning aesthetics of my steed. 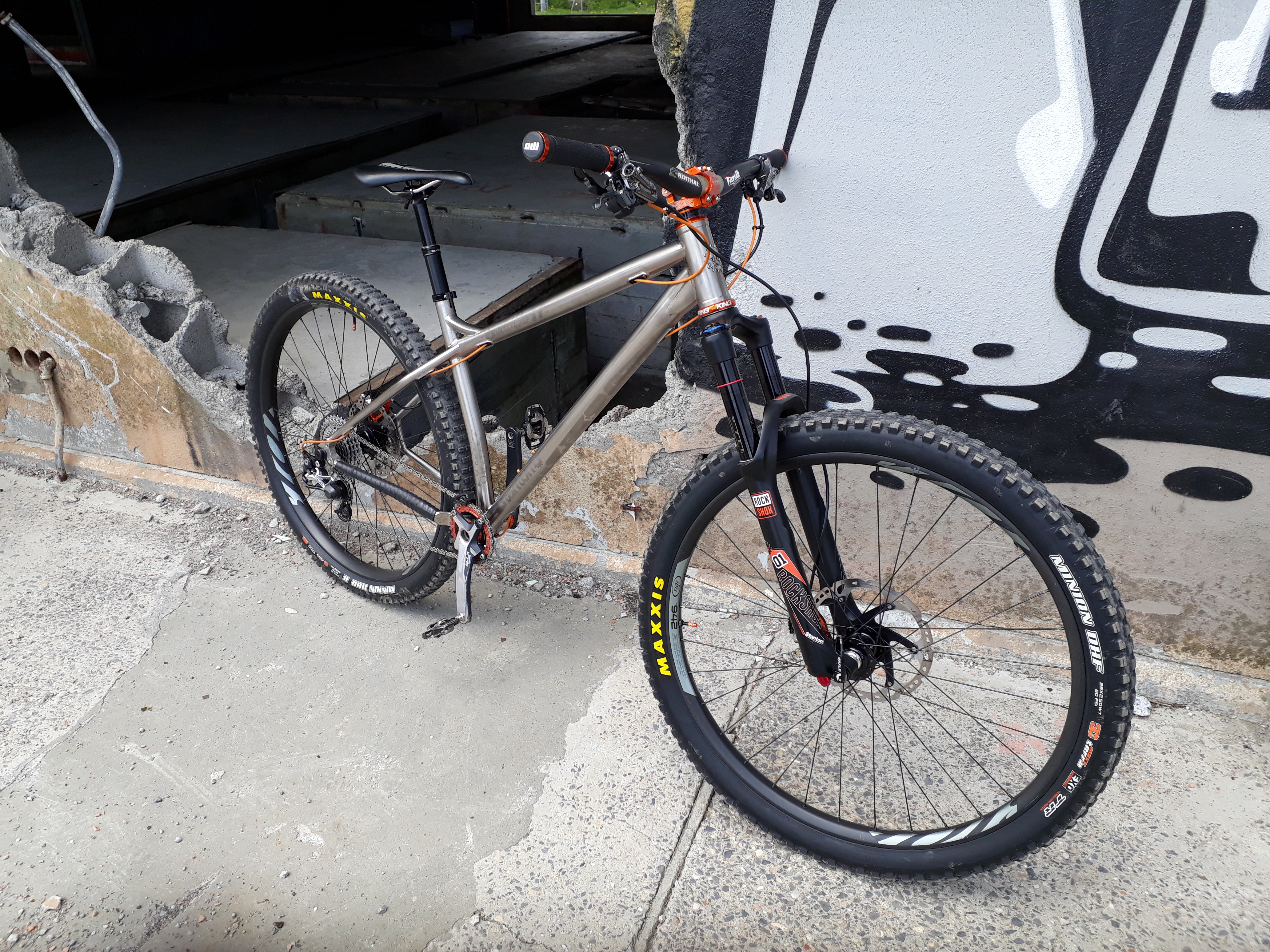 Riding trips such as this are physically debilitating.  250km of trails in a week is tough regardless, but made exponentially harder when attacking every inch of every descent as well as using the 1000+m of daily ascent as a training opportunity.  Bodies take a continual pounding, with the jackhammer of rocks, drops and braking bumps exposing weakness in hitherto unconsidered areas.  By day three I was flagging slightly and the first few runs of our uplift assisted ‘Wild Enduro Tour’ were sluggish, with time-delayed reactions and fuzzy vision conspiring to dampen technique, a frustrating feeling.  Desperate measures were required, culminating in the taking of my first ever espresso following a stunning four-course lunch.  As an advocate of caffeine-free living, preferring to use it as a performance enhancer reserved purely for race days and the most brutal of training sessions, it had predictable and explosive results.  No post-lunch lull for me, instead hundred mile an hour babble and aggressive moves, gnashing through the afternoon on the wheel of our guide, hitting the pro-lines and prompting him to step aside.  The drugs most certainly do work, but were used only once more in the week, I need that edge to be there at the most important junctures! 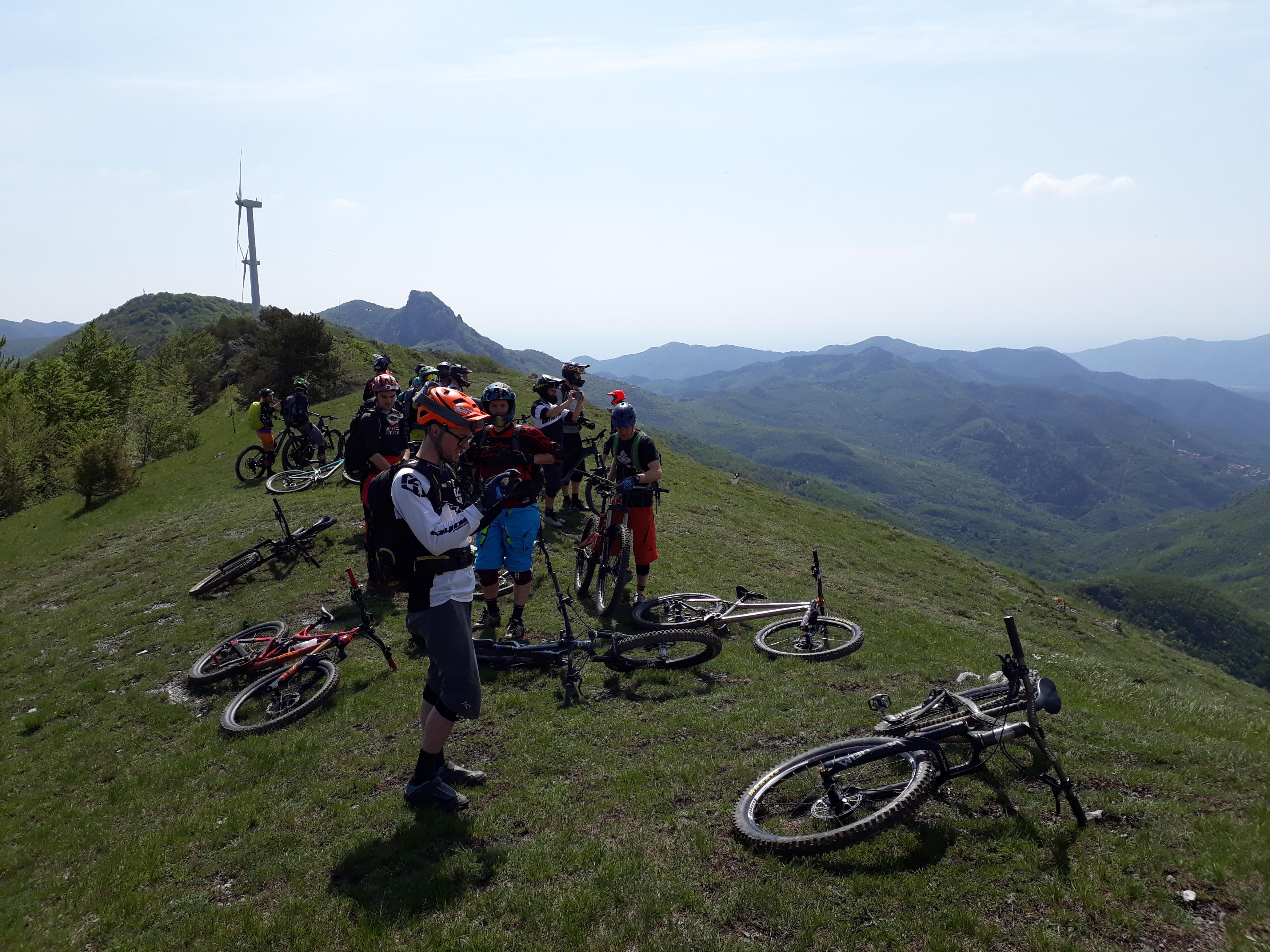 Up into the backcountry for the Wild Enduro Tour

Eat (lots), sleep (lots), ride (lots) repeat.  The crew breezed through the week with barely a crash, mechanical or altercation, each bringing our own strengths and attributes to the table in a perfect combination for holiday enjoyment.  Strong testament to the personalities involved, as well as their riding and maintenance skills, keeping it smooth throughout.  Even when mildly lost on the labyrinth of trails overlooking our apartment in the oppressive weight of mid-afternoon heat and humidity, we still kept it together, laughing at our predicament and cursing the trails, not eachother.

The psyche lasted to the end with a 7:30am uplift, a three-hour blast and following a siesta, a final ascent to Base Nato for an epic glory-run to round off an amazing week.  The top section of ‘Ingegnere’ was dispatched in style but the last kilometre witnessed a sudden surrender from my beleaguered forearms, buckling under repeat strikes and throwing my head towards the stem.  It’s incredible how quickly technique is destroyed by fatigue, and despite backing off, that last three minutes saw more close shaves than the rest of the holiday combined.  A flood of relief accompanied the fire-road exit.  I’d survived, we’d all survived and we’d left an indelible mark on the top end of Strava leaderboards in one of the most rider-dense regions in the world.  Up the hardtails, come on the lads, proud to ride with these boys.

And so to that brush with the law.  If a nationality could be summed up in one action, then this was undoubtedly it.  In our defence, Brian and Tony had been waiting ages for us other three to arrive, our uplift split over two vehicles and ours opting to visit every hole in the wall en-route to drop-off.  We were chomping to get going and so when we found our access blocked by cameras, a barrier and a sign specifically telling us to go the other way, we adopted the ‘sure, it’ll be grand’ approach and ignored them all.  The grind up the military base access road was spiced up by rapid evasion of a vehicle that saw Brian near jump off a cliff to avoid exposure, but still we ascended past literally hundreds of warning signs.  At the summit, we knew our trailhead was on the far side of the installation and yet despite the signs, the lights being on, the barking hound and the razorwire we still pressed on.  With hindsight it’s hilarious how much we disobeyed the incessant warnings of authority, buoyed by the self-righteousness of the avid trail-seeker, but messing with foreign militaries isn’t always wise and I’m possibly lucky to be sat here and not in a dank cell.

Would we do it again, of course we would, all of it, and we will.  Talk in the return transfer was predictably centred on where and when the next trip will be.  Something this good needs to be nurtured and protected, let the good times roll. 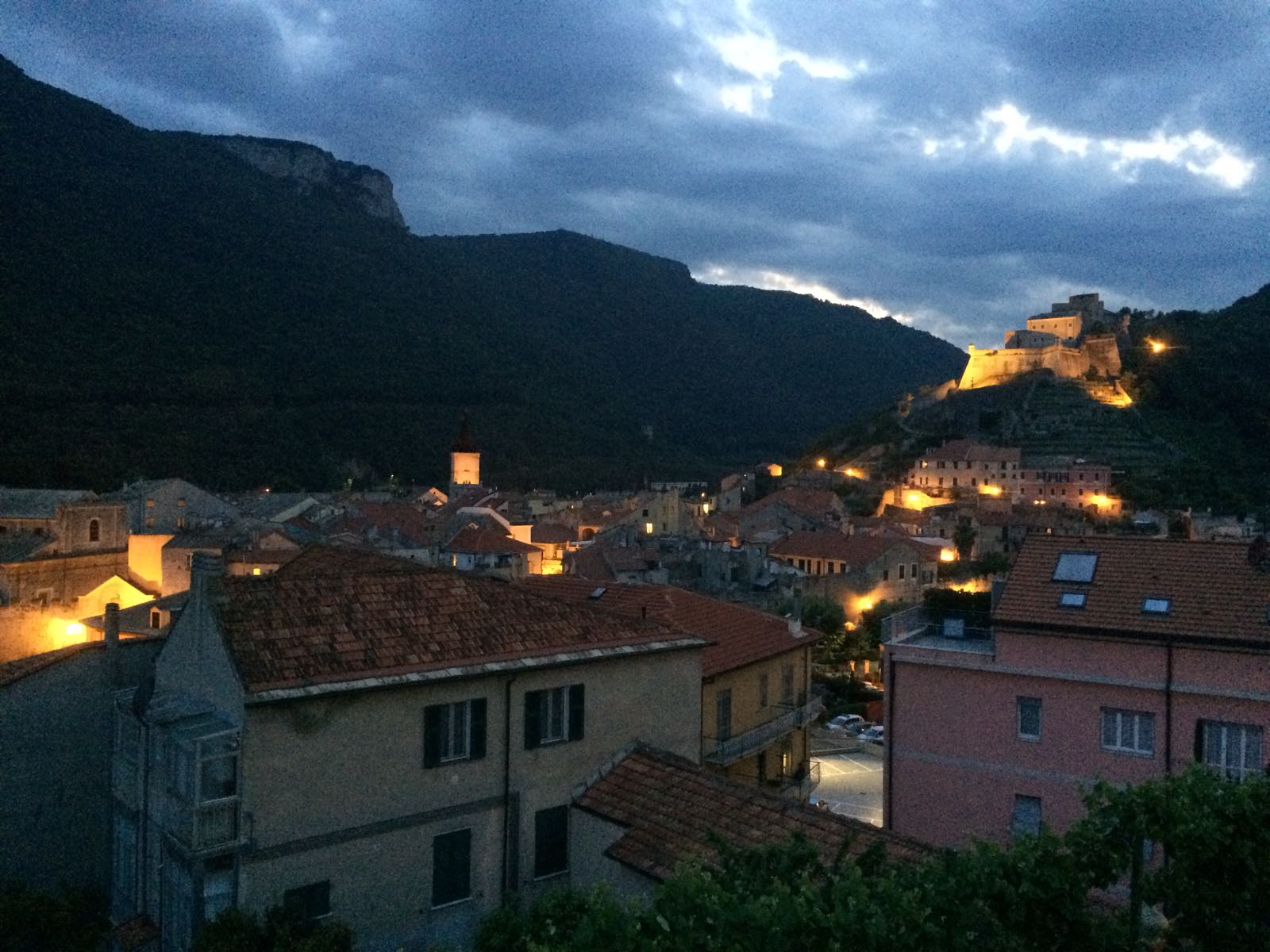 View from outside our apartment looking down over Finalborgo

Huge thanks to the lads, to the trail builders of Finale Ligure, Samir and Finale Ligure Freeride, and most of all to Stanton Bikes.  The Switch9er is perfection and made me a celebrity, if only for a week.  Time to let my muscles recover and get back to a spot of running, the World Champs are fast approaching. 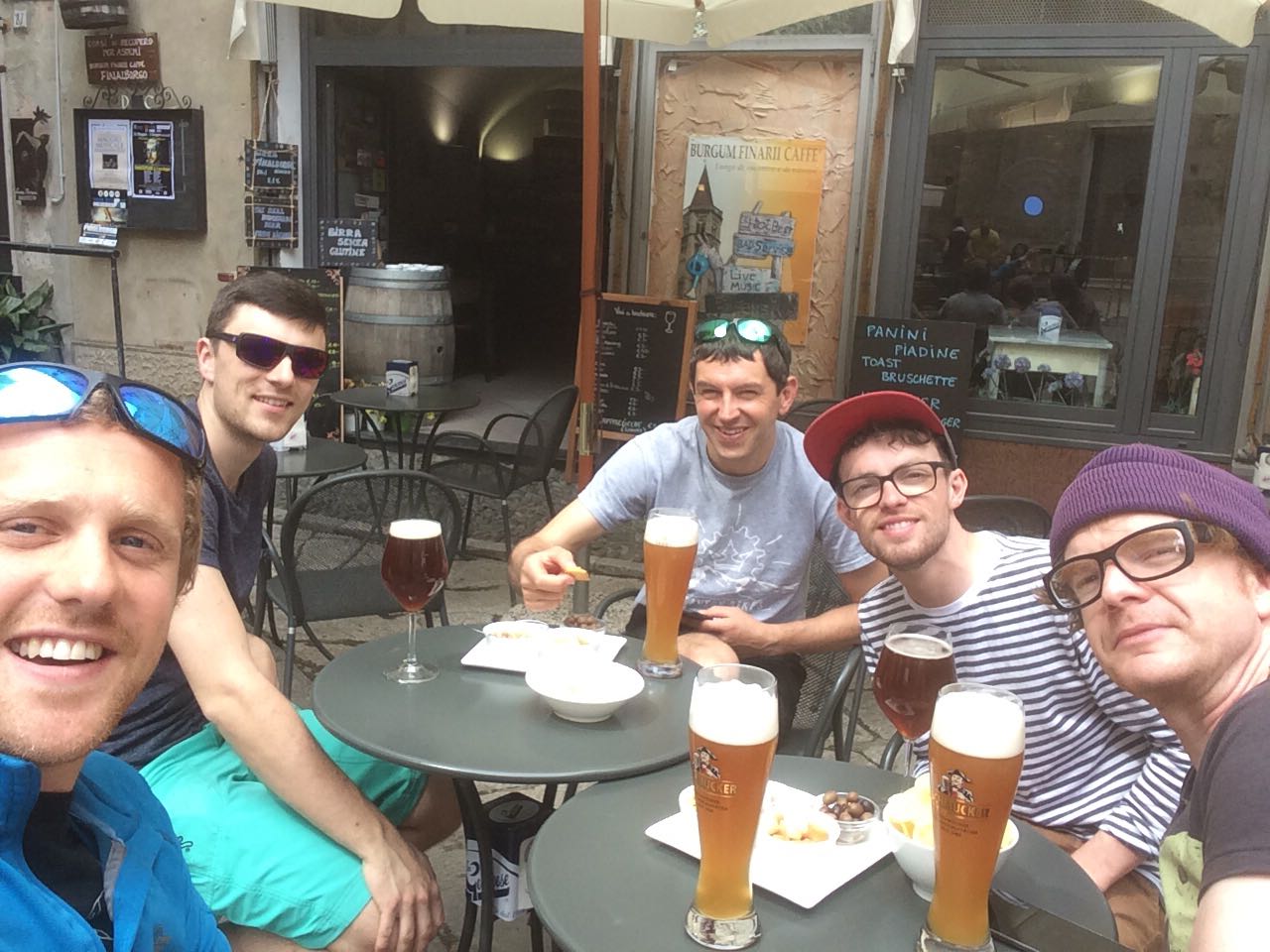 ‘Real Boys’!! Except Tony and Davy on their full-bouncers! 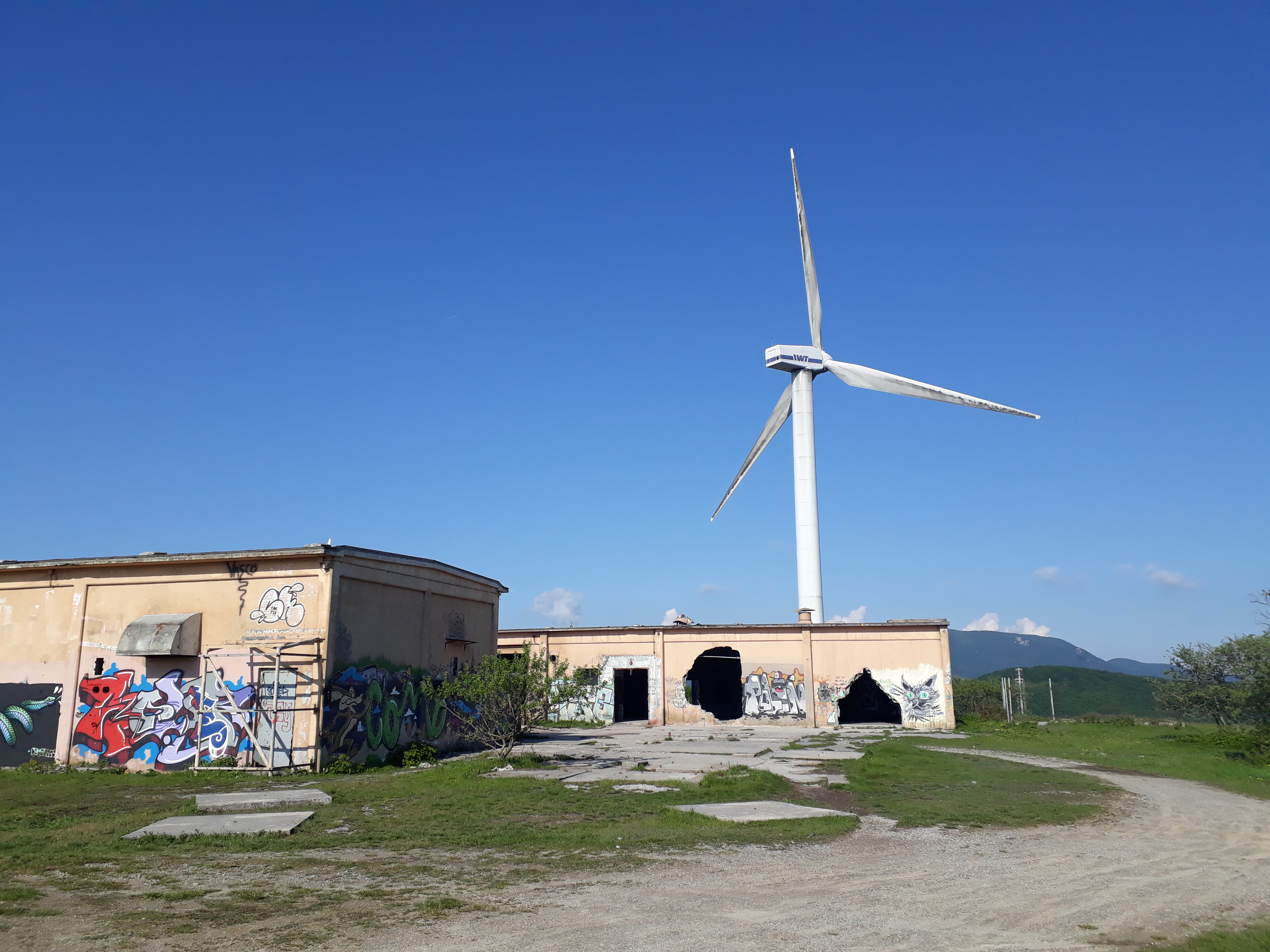 Can’t have a Finale blog without a NATO Base pic 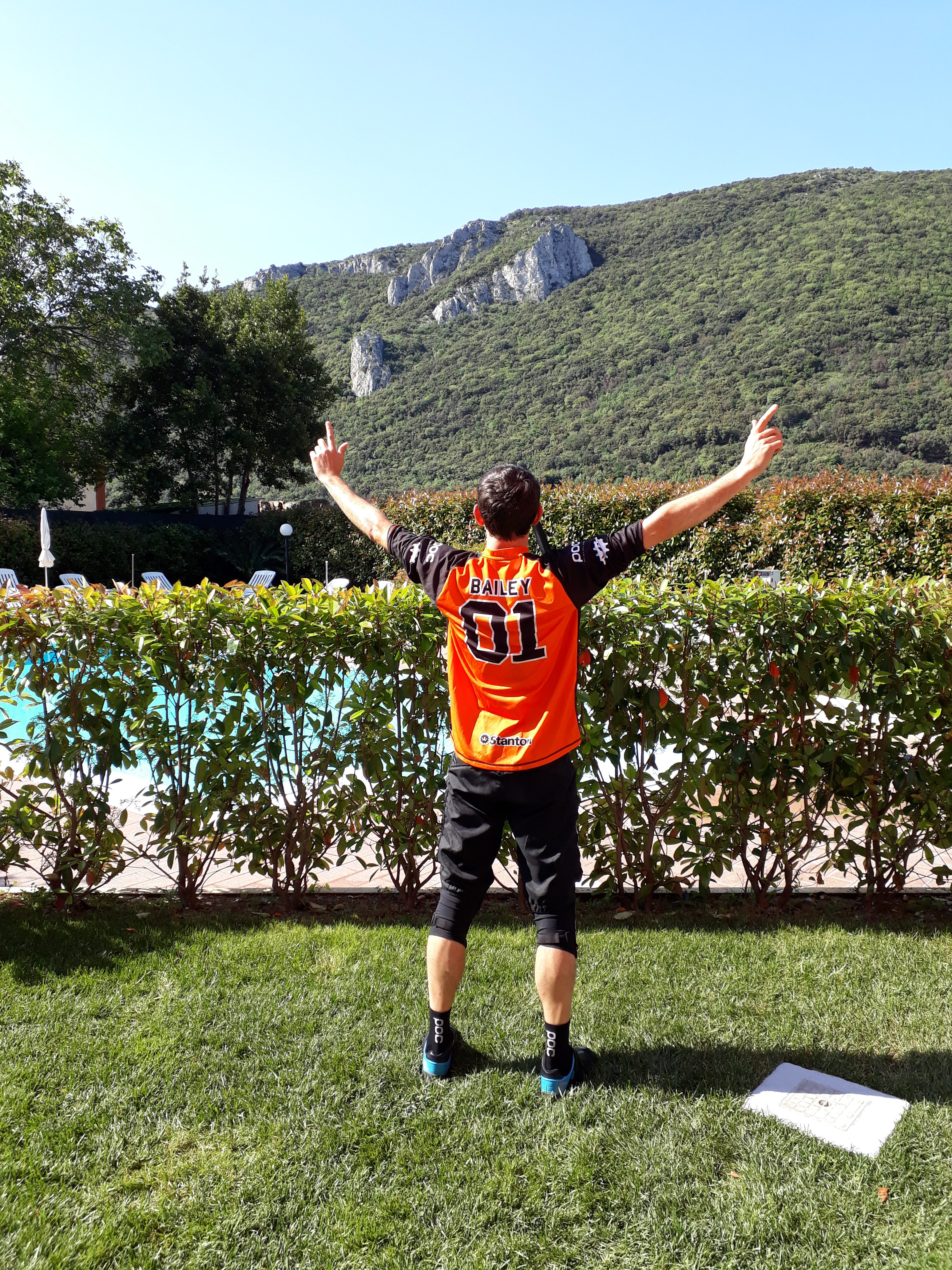